ZEpHyR is a hybrid powered sounding rocket with a diameter of 0.18 metres, a length of 4 metres and a weight of 80 kilograms. This rocket motor uses paraffin as fuel and liquid oxygen as oxidiser to generate a specific impulse of 225 seconds and a thrust of nearly 2000 newton. It weighs about 30 kilograms including 9 kilograms of paraffin. It was designed to reach an altitude of about 3000 metres and to fly with supersonic speed. The hybrid rocket engine has the advantage, that it is safer and more environmental friendly than most of the other sounding rocket motors, which have hazardous and highly explosive propellants inside.

The rocket has five primary systems:

How was the rocket fuelled?

A remote controlled mobile ground support equipment (GSE) cart of the size 1.5×1.2×1.0 metres was developed. The cart was responsible for production of liquid oxygen, rocket fuelling with liquid oxygen and helium, battery charging, power connection and communication with the rocket. 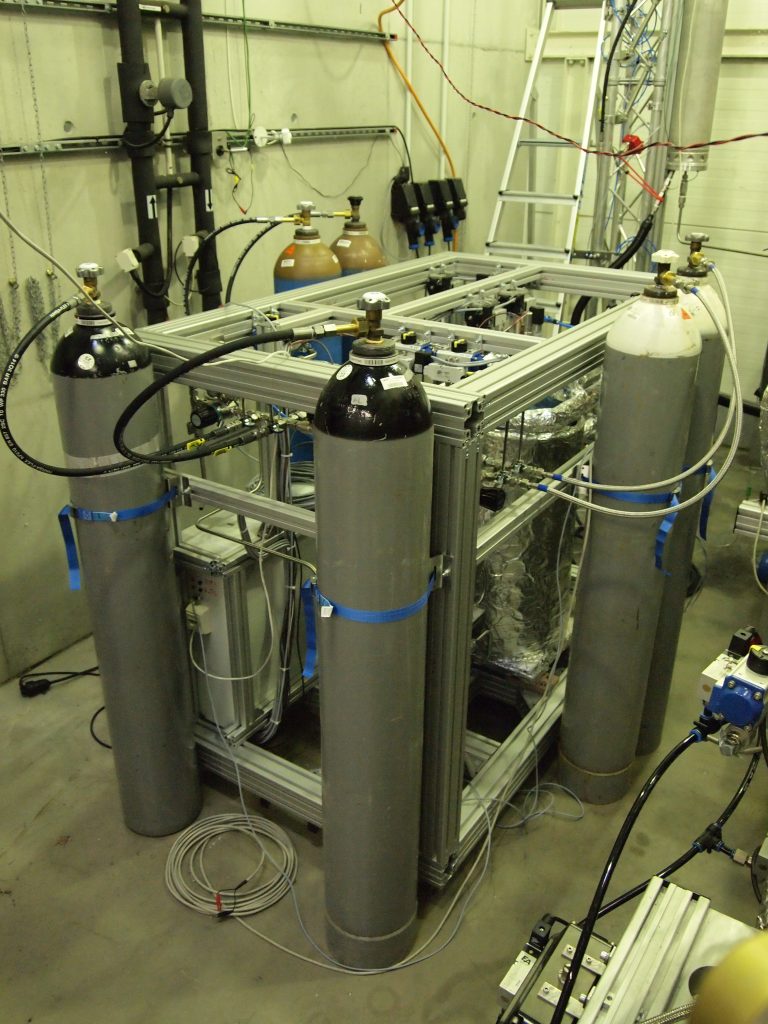